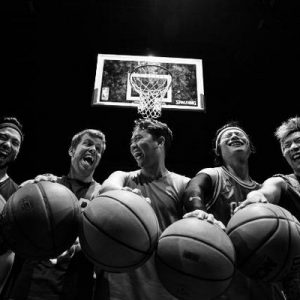 During the summer of 2008, a group of theatre practitioners began meeting at the outdoor basketball court at Bathurst and Queens Quay every Monday night from 10pm to midnight. A large roster of theatre producers, actors, and playwrights came out to play that summer including the 6th Man Collective’s founding members.