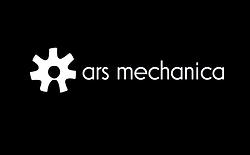 ​Ars Mechanica was founded as an experimental performance troupe directly after its members’ first collaboration: Show and Tell Alexander Bell (performed in its first stage of development during October 2011).

Ars Mechanica is dedicated to creating physical theatre with an emphasis on historical narratives mediated by new technologies. We endeavor to question the ways in which art and technology facilitates, hampers, or challenges our ability to relate to one another in theatre and in society. We pursue these explorations while embracing all “mechanics” at our disposal including the manipulation of basic objects with our bodies, the angling of mirrors and sheets of glass used in nineteenth-century stage illusions and the most recent projection technologies which respond to human movement.