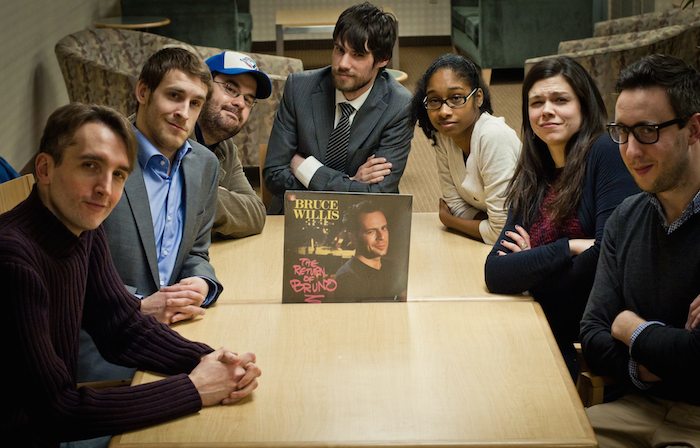 Rulers of the Universe

Which is good, because – as it turns out – Rulers of the Universe defies expectation. Since that fateful year (2010, if we didn’t mention it), we’ve grown into a troupe that people in the comedy community actually want to work with. Rulers have performed shows with such staples as British Teeth, Tony Ho, Nug Nahrgang, Jape, Vest of Friends, and many more; relying on clever premises, thoughtfully crafted characters, and a general love of what we in the business call “fun”, we create explosively delightful and destructively hilarious sketches.

Rulers of the Universe has played in Toronto Sketchfest, Montreal Sketchfest, NXNE, are back-to-back Sketch Com-Aggeddon champions, and were finalists in Sirius XM’s Canada Laugh’s Sketch-Off this past March.

Produced by Rulers of the Universe