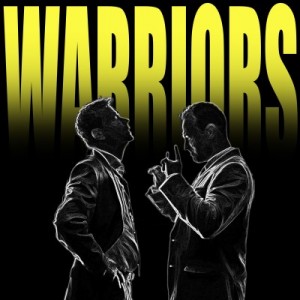 Stuck in the Mud Productions

Stuck in the Mud Productions is a Toronto-based not-for-profit theatre company devoted to developing, promoting, and highlighting the work ofCanadian artists.  Founded in 2000 by two frustrated young men who literally got stuck in the mud trying to load a set onto an old pickup, since then we’ve been actively engaged in many areas of the theatre community.  Mike Ledermueller is now Technical Director of Soulpepper Theatre Company and Eli Ham is a professional  actor/director/dramaturge still “stuck in the mud” and loving it.  There have been a great many wonderful collaborators who have enriched the company over the years and we are always looking to build on that!   The company’s focus these days is primarily development.  In the fall of 2008 we began a reading series called “Un-Stuck” to provide a forum for playwrights to re-visit old (or new) work which has stalled for whatever reason, to see if we can help them find what they are looking for.  In 2010 we staged a critically acclaimed version of Sky Gilbert’s “The Emotionalists”.  Most recently we work-shopped Keith Barker’s  new script This is How we Got to Here as part of theSpringWorks festival in Stratford ON.

Even though we employ the appropriate directors, actors, designers, stage managers, and so on, we also want to expose other disciplinarians to new types of work and are proud to employ those from all artistic paths. We at Stuck in the Mud do not want to be insular about our approach to the work and are <em “mso-bidi-font-style:=”” normal”=””>especially concerned when we hear more and more people are using terms like “theatre people” when it comes to them choosing a night of theatre versus a movie at the Cineplex.    We are people putting on theatre that we hope appeals to all.

Produced by Stuck in the Mud Productions