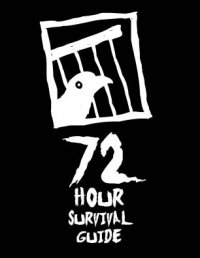 Created collectively by the company.

A virulent strain of bird flu runs rampant through the city. The disease has mutated and is now being passed from human to human. Thousands of birds have seemingly appeared out of nowhere, while reports of missing people are on the rise. In an attempt to slow down the spread of the disease, officials have imposed a citywide quarantine. Six lonely souls find themselves trapped in their apartment building: an estranged young couple, a brother and his shut-in sister, a survivalist who interacts with the world solely through his vlog, and an elderly woman and her pet bird. The outside world encroaches as they realize they cannot shut out the virus. Having no one to turn to but themselves, they are forced to confront their own isolation in order to survive.  (Show Facebook Event)