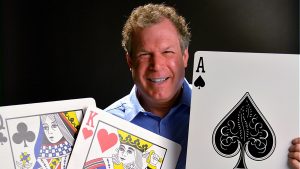 “A Magic Show” will appeal to people who know at least the first two words to, “O Canada”, remember to breathe without having to be reminded to do so and agree that chocolate ice cream is the closest thing that we have to heaven on earth. Also, people who enjoy laughing, being amazed and like repeatedly asking the question, “How did he do that”? “A Magic Show” should be seen by anyone who wants to have a good time, see unusual, different magic and believes that what the world needs is more magic shows and less televised parliamentary debates. (Toronto Fringe Festival program)