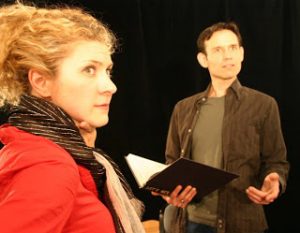 In ac-‘TOR, an actor and director are filming their least favourite of projects: an infomercial. Their struggle to get the job done right, while feeling validated somehow, becomes an epic journey through all the genres of drama that they would rather be shooting.

Somewhere, between the opening rhetorical question and the “three easy payments of twenty-nine ninety-nine”, lies a kernel of infinite possibility that can save their sanity, art, and maybe even the entire universe! (mooneytheatre.com)