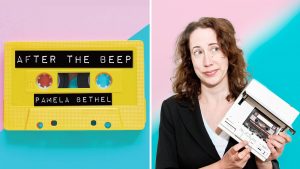 Despite risking death by embarrassment, Pamela presses play on recordings from the answering machine she had as a 1990s teen. Part confessional, part show-and-tell, the voices – from BFFs to wrong numbers – tell the story of an under-supervised over-achiever. The story tracks her life from grades 9 to 12. She grows up quickly, living with her single dad whose own archivist tendencies probably explain why these tapes were never erased/burned. A timeless time capsule for anyone who was ever a teenager or answering machine owner. (fringetoronto.com)