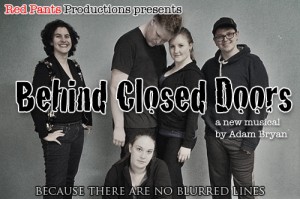 Behind Closed Doors is about a dancer who is in an abusive relationship and the steps she needs to take to get out of it. Unfortunately, some of the people she has to deal with are less than sympathetic. Eventually, she manages to leave and finds friends in unsuspecting places. But can she really recover from what she has experienced behind closed doors? (Toronto Fringe Program, 2014).