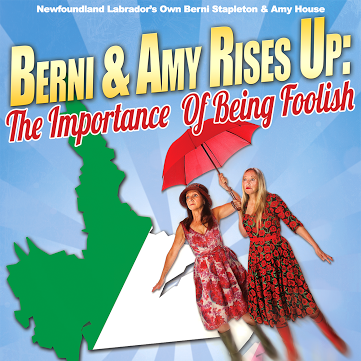 Berni & Amy Rises Up: The Importance of Being Foolish (2015)

Amy House and Berni Stapleton are two of Newfoundlands most celebrated performers and have been collaborating for 35 years. In honour of this anniversary, they have created this hilarious new show that explores the unique friendship and sometimes rivalry of two actresses approaching life in the third act. We will be reintroduced to classic characters from the solo shows and collaborations that have peppered their journey and held their hands along the way! (Show Facebook Event)