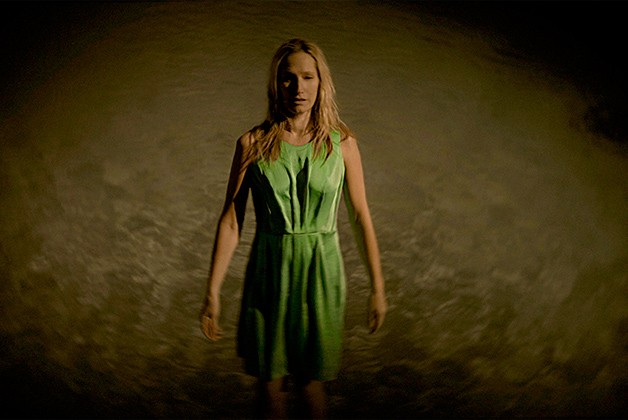 Blindsided is a one-person show married to a film installation that reveals an extreme disproportion between an enormity of content and a minuscule amount of time, proposing that a single moment of trauma can create an instantaneous opening in the psyche for the recollection of a past trauma and in so doing fracture the self into distinct parts.

A woman is biking to work when she is hit by a car. The impact that devastates her body also fractures her mind. As her body hits the pavement, her mind is sent reeling back in time to the summer of her tenth year. Large-scale film projections are layered with live performance to create a double-exposure where the past is immediate, and the present is fast dissolving.  (summerworks.ca)