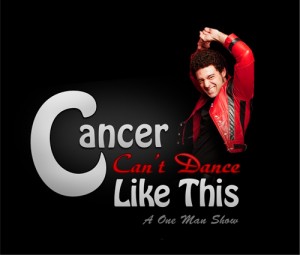 In 2008, Toronto actor Daniel Stolfi was diagnosed with Acute Non-Hodgkin’s T-Lymphoblastic Lymphoma, a form of cancer that would require aggressive chemotherapy over the following two years. He had to put his burgeoning acting career on hold to embark on the most physically, mentally, and emotionally draining journey of his life. While battling Cancer, Daniel lost his Hair, his Appetite, his Strength and his Sex Drive. The most tragic of all, he lost his ability and his desire to dance. With comedy at its core, this one-man show uses larger-than-life characters to vividly portray Daniel’s experience. Told mercilessly with a thrill and lust for the finer things in life, Cancer Can’t Dance Like This recalls the pain Dan endured during his treatment while embracing his own saving grace – the fine art of comedy. (www.cancercantdancelikethis.com)