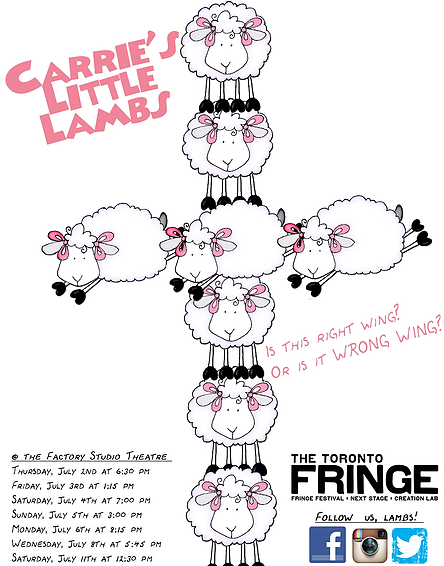 CARRIE’S LITTLE LAMBS is a glimpse into what might happen if someone a little too right of right produced and starred in their own children’s show. With songs like “Santa Serves Satan” and “Blood Atonement,” sing along with Carrie as she attempts to navigate the current American political and moral climate. There’s right wing…and then there’s WRONG wing. (fringetoronto.com)