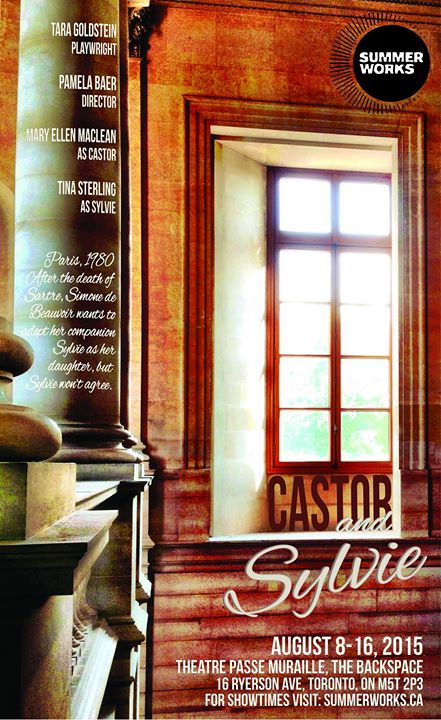 Paris, France. 1980. After the death of her life-long writing partner and friend Jean-Paul Sartre, feminist philosopher Simone de Beauvoir (Castor), author of The Second Sex, decides to adopt her mid-life companion Sylvie Le Bon as her daughter. When Sylvie refuses to agree to the adoption, Beauvoir must persuade Sylvie to change her mind.

Informed by biographies of Beauvoir and interviews with Le Bon, the play imagines and interprets this one moment in the women’s 26-year relationship and stages other important moments in the family life they created together long before such a family was recognized legally anywhere in the world. (summerworks.ca)