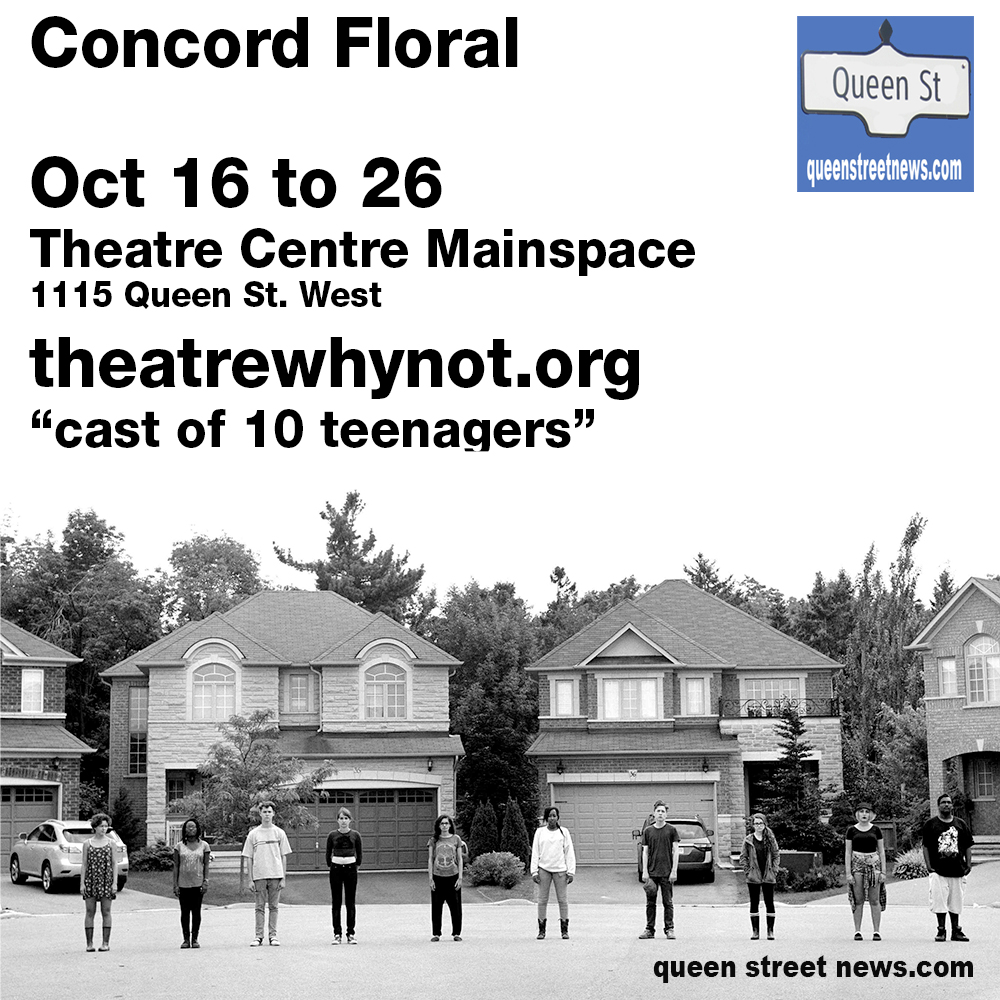 Concord Floral is a million square foot abandoned greenhouse and a hangout for neighbourhood kids. But something has happened there. Something that nobody can talk about. And when two friends stumble upon the terrible secret buried there, they set off a chain of events that can’t be stopped. Concord Floral re-imagines Giovanni Boccaccio’s medieval allegory The Decameron in a contemporary Toronto suburb, in which ten teens must flee a mysterious plague they have brought upon themselves. (theatrecentre.org)