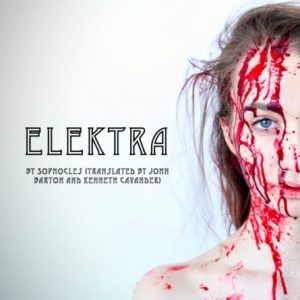 I walk, I dance, I weep. My father’s skull was split with an axe, seven years ago. The House of Atreus now ruled by the selfsame hands that murdered him. O, Apollo, hear me! Let the cruel actions of those that slither through our Kingdom feel the wrath of the Gods. Their bloody retribution must come. Until justice is restored, I will not rest. (fringetoronto.com)