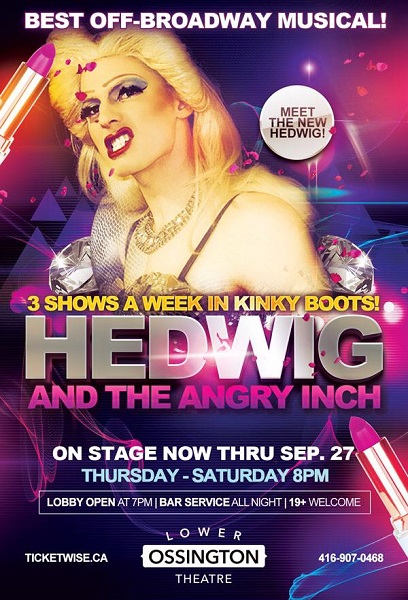 Hedwig was born a boy named Hansel in Communist East Berlin who dreamed of finding his other half and becoming a big American rock star. When a handsome American GI promises love and liberation, it seems like a dream come true. But there’s a catch- in order to marry and emigrate Hansel must “leave a little something behind.” (lowerossingtontheatre.com)