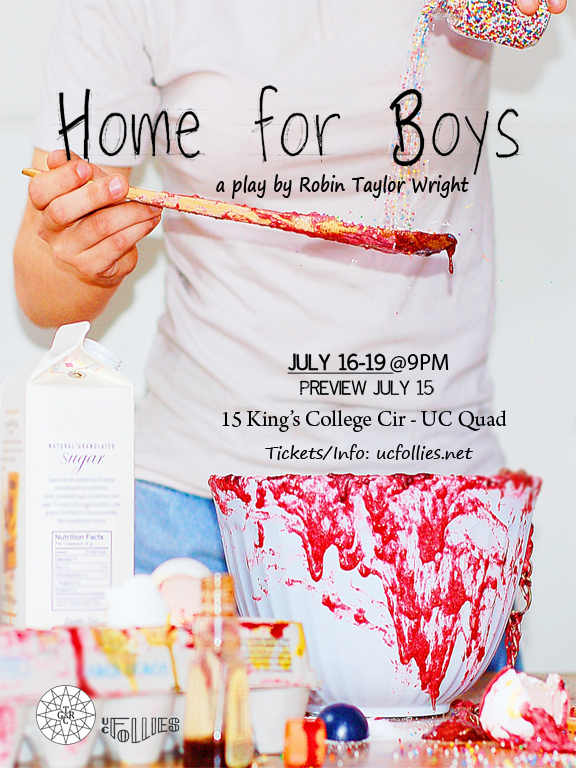 Home for Boys is about three twelve year old boys who are forced into a non-conventional “family” situation in southern Ontario group home.  When Casey, the son of two incarcerated bikers, arrives at the institution, it upsets the balance of power that was held previously by the hyper-intelligent but emotionally volatile Randall, and his late-bloomer protégé P.J.  Adolescence is revisited in not only dark pockets but also the humour and joy of being at a carefree age (glassreflectionstheatre.wordpress.com)