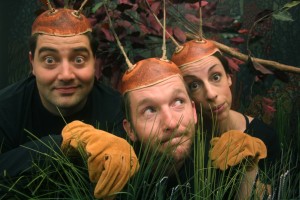 Honest Aesop’s Fables was created by the Ensemble for the 2013 Toronto Fringe Festival.

In Honest Aesop’s Fables, fabled storyteller Aesop has some stories to share… unfortunately his characters have some ideas of their own! Well-known fables like “The Tortoise and the Hare” and “The Honest Woodsman” make an appearance in this hilarious and witty play for children of all ages. While the storyteller is away, the stories will play! (glasswater.ca)