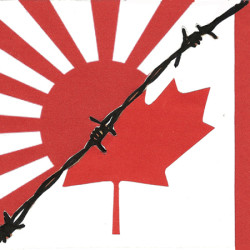 Interrogation: Lives and Trials of the Kamloops Kid (2015)

A brother and sister divided by war: he on trial for treason in Japan; she classified “enemy alien” in Canada. Told through letters and images from opposite sides of WWII, this intimate look at how loyalty and national identity are shaped, chosen, or forced upon us is inspired by the true story of “Canada’s war criminal” Kanao Inouye. (fringetoronto.com)