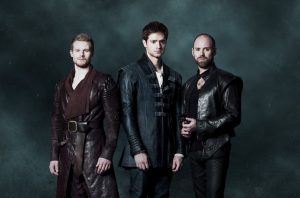 A modern cycle of history plays by award-winning playwright Rona Munro, this vividly-imagined trilogy presents a compelling narrative on Scottish culture and nationhood – a country tussling with its past and future – by connecting the men who ruled from 1406 to 1488 to the political climate of today. Hailed as “a towering achievement” that’s “better than Shakespeare,” each play, featuring an ensemble of Great Britain’s finest performers, is presented as a standalone piece: James I: The Key Will Keep the Lock, James II: Day of the Innocents and James III: The True Mirror. (luminatofestival.com)