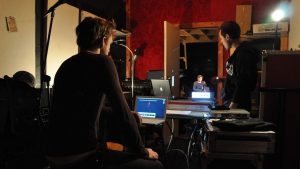 Little Iliad is a conversation between two people, two old friends – one a writer, one a soldier – who together attempt an unlikely re-telling of a lost Homeric tale. The play is about real war and mythical war – how both shape us, and how both can be survived. In form it refers to the traditions of documentary theatre, but over its course it reveals itself as an act of literary and theatrical imagination.Little Iliad is a political story that looks at the emotional currents of a friendship, and proposes that these currents are what make things happen in our big world. (harbourfrontcentre.com)