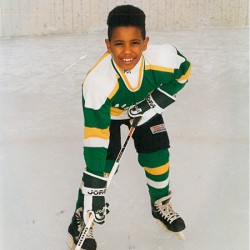 As a lawyer Lwam has fought for the underdog. As a son of Eritrean immigrants he is fascinated by developments in Eritrea. As an actor he stumbled into a war on the arts, appearing on the cover of the Toronto Sun with the labels “terrorist” and “devil”. Through storytelling and comedy, he weaves together these and other experiences, creating humour and hope. (Toronto Fringe Program, 2014).