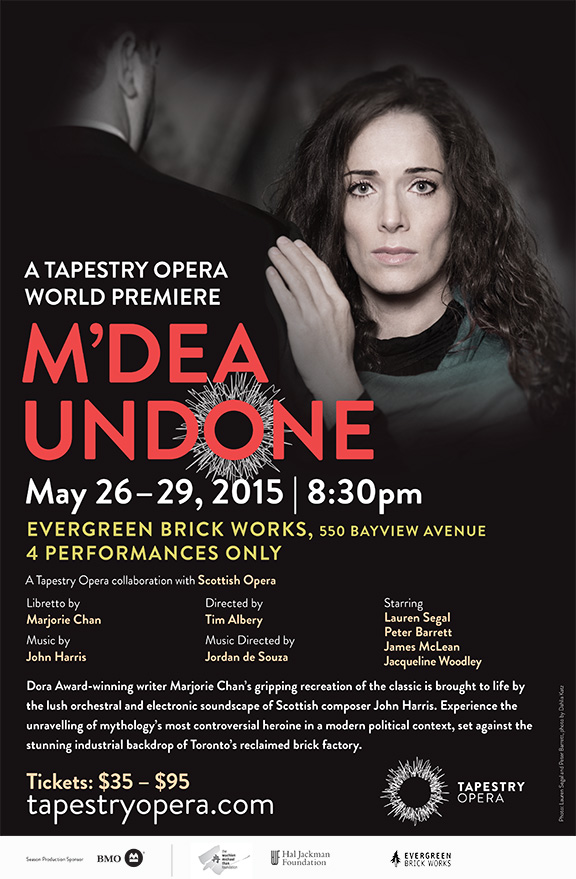 Jason, an army captain and now war-hero, is returning home after years of war and an uncertain future. His interpreter and lover, M’dea, and their son Chase accompany him to a new life in the West. Jason begins a political career, working alongside the President and Dahlia, the President’s beautiful young daughter. Having betrayed her village to help him, M’dea rages as Jason distances his family from his new political life, taking Dahlia as his wife. When Dahlia is murdered in cold blood on the precipice of victory, M’dea’s struggle for survival and revenge begins a rapid spiral towards the opera’s searing, tragic finale. M’dea Undone is a passionate and daring interrogation of power, influence, and identity in the twenty-first century. (tapestryopera.com)