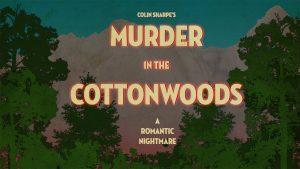 Pearl Brown wants to turn herself in for murder, but nobody wants to hear the confession. Her old-fashioned hometown of Happerton is more concerned with maintaining illusions of innocence than confronting the dark murder of their prom queen, Tammy Somers. But when Pearl falls in love with Tammy’s former boyfriend, Ricky Sanford, a romantic nightmare ensues. Murder in the Cottonwoods is hypnotic, funny, and terrifying. (Toronto Fringe Festival program)