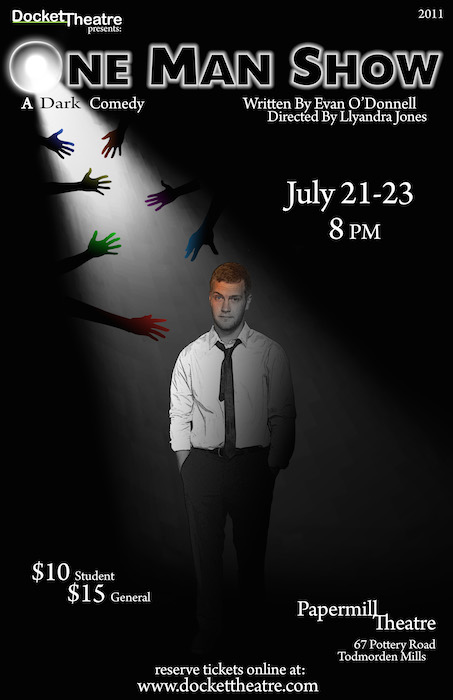 One Man Show, a fast paced dark comedy, is the story of a man named Doug, who puts on a play to say goodbye to the world before he kills himself. He describes his cynical views on life, and what has led him to this point, until the show suddenly falls apart and begins to have a mind of its own. As Doug struggles to gain control of his play – and life – he must confront his past and look at the world from a whole new perspective. Creating a unique fusion of live performance and multimedia, One Man Show”is a hilarious yet poignant theatrical roller coaster that will take Doug and his audience for a ride they will never forget. (dockettheatre.com)