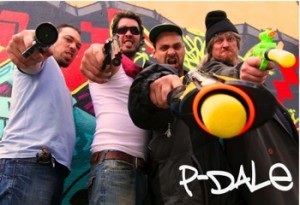 In life there are choices, some good, some bad. These guys? Mostly bad. They might make some good ones eventually. But this Fringe? This Fringe just ain’t it. Join Twizzle, Snoop, Walker and Svelte as they plan the heist of their lives. If you like your comedy hardboiled with a whiskey chaser, then this is the show for you. DO NOT BRING YOUR KIDS. SERIOUSLY (fringetoronto.com)