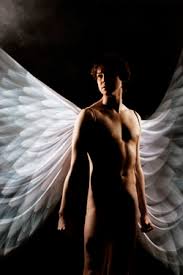 Rabbit in a Hat Productions

Paradise Lost is a one-man, one hour multi-media, theatrical adaptation of John Miltons epic 17th century poem, including puppets, state of the art computer animation, and a Rock n Roll soundscape. The story begins moments after the battle of heaven, as Satan finds himself and his followers cast into hell.

In search of revenge, Satan travels to the Garden of Eden. Combining traditional techniques in puppetry and groundbreaking special effects, along with the greatest epic poem ever written, Paradise Lost has achieved acclaim with audiences and critics alike. (artsboxoffice.ca)