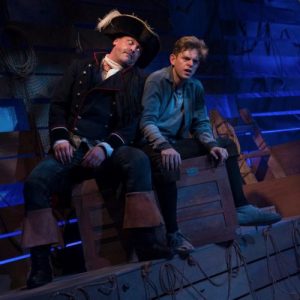 How did Peter Pan become The Boy Who Never Grew Up?  This epic origin story of popular culture’s most enduring and beloved character proves that your imagination is the most captivating place in the world!

PETER AND THE STARCATCHER is a hilarious flight of fancy that brings the magic of theatre to life, and this swashbuckling grownup prequel to Peter Pan will have you hooked from the moment you let your imagination take flight! (lowerossingtontheatre.com)