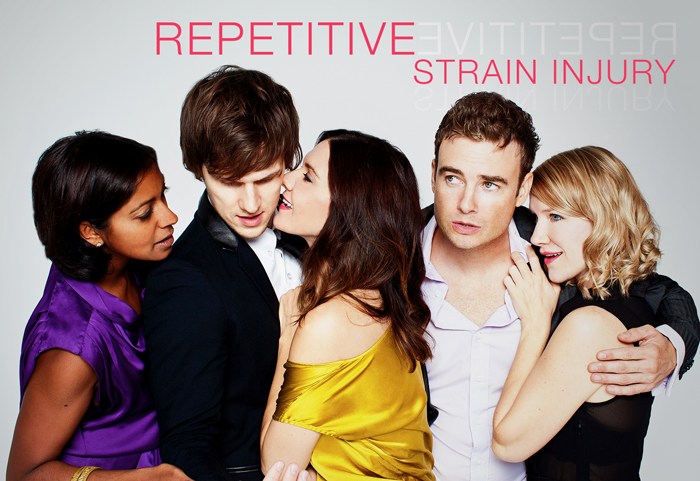 Darkly funny and unflinchingly honest, the play centers around a thirtysomething couple about to get married.  When fate interferes, new friends and strange opportunities put things in flux.  Sexy, candidly cruel and deeply relatable,RSI follows a tangled web of relationships, exposing five reluctant adults caught in a karmic pressure cooker.  Van Meenen follows up the wildly successful run of his first play Burn (co-written with Cherise Arnesen) with this powerful and unblinking dissection of modern relationships written in the style of what he himself describes as “Neil Labute meets How I Met your Mother“. (rsitoronto.com)