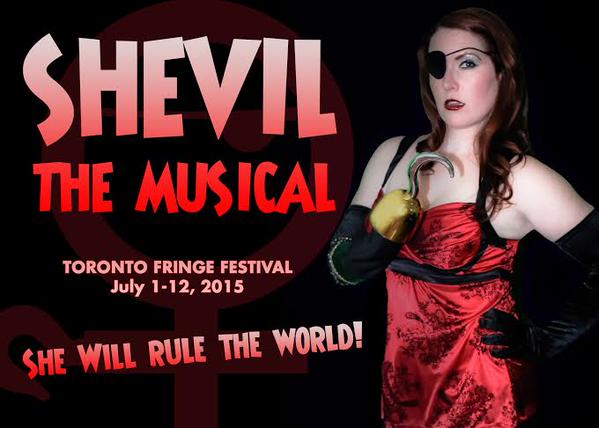 In a city called Peril where evil lurks in every corner, a Hero always saves the day. A new female SUPER VILLAIN arrives, determined to rule the world! But with opposition at every turn, SHEVIL has to challenge the sexist Mayor, her traditional mother, and an impotent Superhero. Can Shevil destroy Peril and prove that she’s more than “just a girl”? (fringetoronto.com)