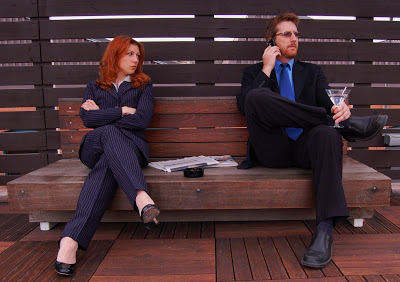 A modern-day drama about a big city developper charged with murder of a social activist who threatened to stop his most recent condo project. This story unfolds in a series of short dramatic scenes backward and forward in time as we discover the truth about the murder mystery. Soulless is a look at how development at any cost can mean the loss of good conscience. (playwrightsguild.ca)