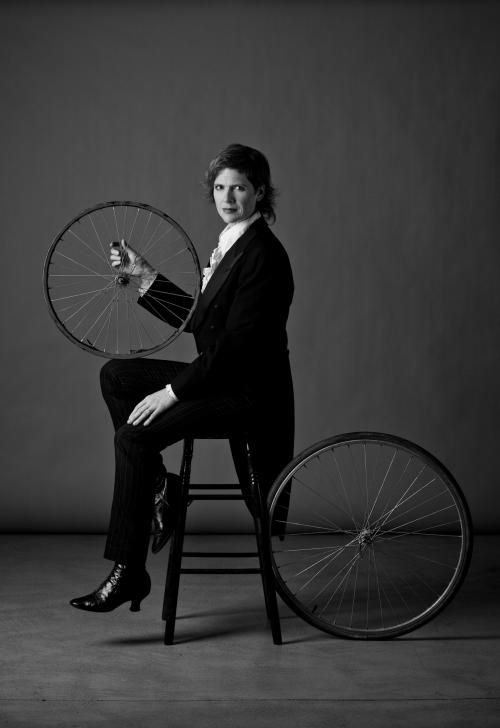 Inspired by the incredible true tale of the first woman to ride a bike around the world in 1895, this epic cycle of songs and stories explores the early connections between bicycles, advertising, and women’s liberation.

Award winning author, singer/songwriter, and theatre maker Evalyn Parry takes audiences on a musical journey from the dawn of the bicycle in the 19th century to her own experiences riding her bike through the streets of Toronto and Montreal. Parry’s co-star is a vintage bicycle – suspended on a mechanic’s stand and outfitted with microphones and sound equipment. The bike is played by percussionist Brad Hart, who conjures an astonishing array of sounds to score Parry’s songs and monologues. (buddiesinbadtimes.com)