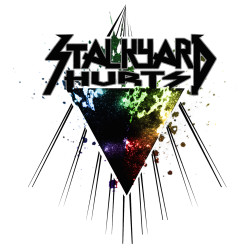 For years, Gods walked among us. They conquered the airwaves in zeppelins & ruled with electric axes. Then, slowly, it all changed. In these dark times, one hope remains. One band, one story. This isn’t about music, fame, friendship, sex, or drugs. This is about all five of those things. Part rock-umentary, part musical, all awesome. This is…STALKYARD HURTS! (fringetoronto.com)