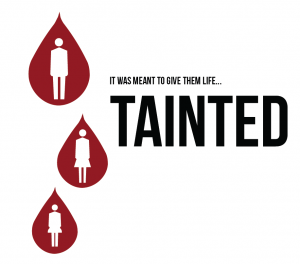 A family fights to stay intact when the unimaginable happens. Set against the backdrop of the tainted blood crisis, Tainted is a story about, love, loss, justice, and the enduring power of forgiveness.

Tainted is an original work and premiere production of one of the most anticipated plays of 2013. Inspired by the true stories of families who endured the worst public health disaster in our history– the tainted blood crisis. The play puts a human face on an epic scandal that has spanned almost 30 years. In the 1980′s when HIV and hepatitis C were new blood-bourne viruses our government did not take steps to protect the blood supply resulting in 30,000 people becoming infected and thousands have died. The crisis is responsible for nearly wiping out an entire generation of hemophiliacs who were dependent on their blood clotting product to save them from life-threatening bleeds.

We believe it is our obligation and our privilege to stand behind this story, to ensure that the voices of the people who were so deeply affected by the tainted blood crisis continue to clamor.  We believe that the truth must never be forgotten.