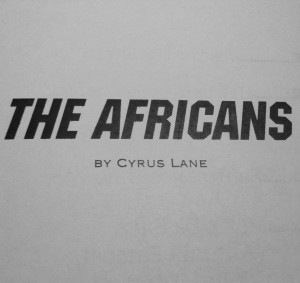 A Toronto madly scrambles to do, say, be, and feel all the right things when they host two Africans in their home during the AIDS conference.

In a flurry of guikt and misfiring charitable impulses, they quickly learn that there’s more to being good than just feeling bad. (2007 Toronto Fringe Festival Program)