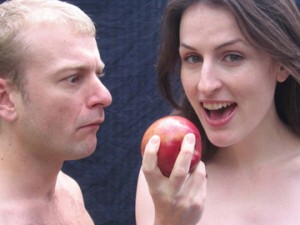 Down n’ Out Productions

Faith is defined as “believing without knowing”, but these days, who truly believes in anything anymore? Using a variety of storytelling techniques, two of Toronto’s most flame-retardant comedic performers examine the role of faith in modern society. Hilarious! Irreverent! Inadequately-researched! This is not a show about finding God. It’s a show about finding God funny. (fringetoronto.com)