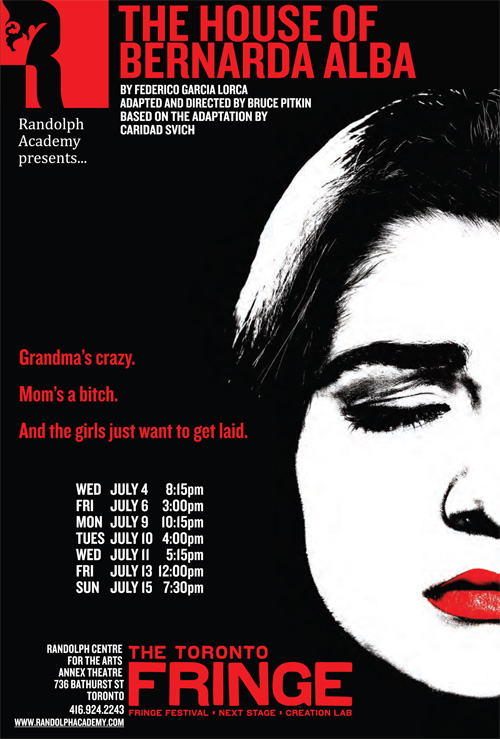 Based on the adaptation by Caridad Svich

Lorca’s last and possibly finest play, The House of Bernarda Alba is a masterpiece of the modern theatre. Following the funeral of her second husband, tyrannical matriarch Bernarda Alba announces to her five daughters that their period of mourning will last eight years. One by one they make a bid for freedom only to end in tragic consequences as Bernarda makes a desperate attempt to maintain control of her shattered household.  (Toronto Fringe Program, 2012)