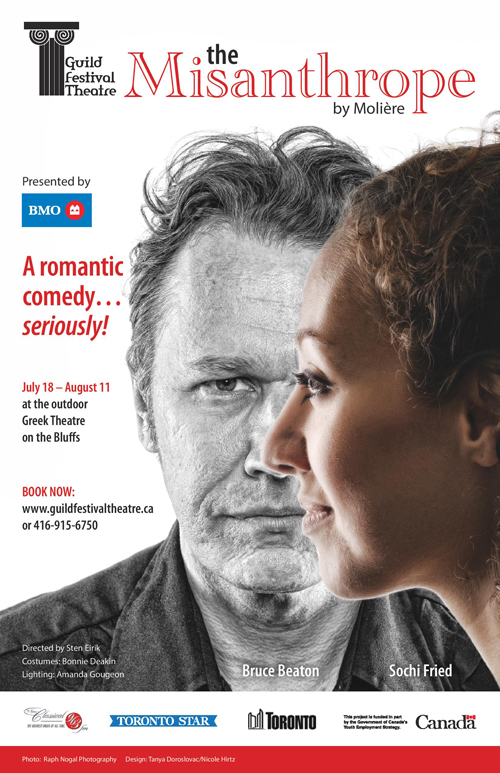 One of the world’s funniest and wisest comedies, The Misanthrope by Moliere. The title character is a man who insists on unconditional honesty in a world where he’s surrounded by phony compliments, affectation and schmoozing. The plot thickens when he falls in love with Celimene, who is an embodiment of all that he despises! (guildfestivaltheatre.ca)