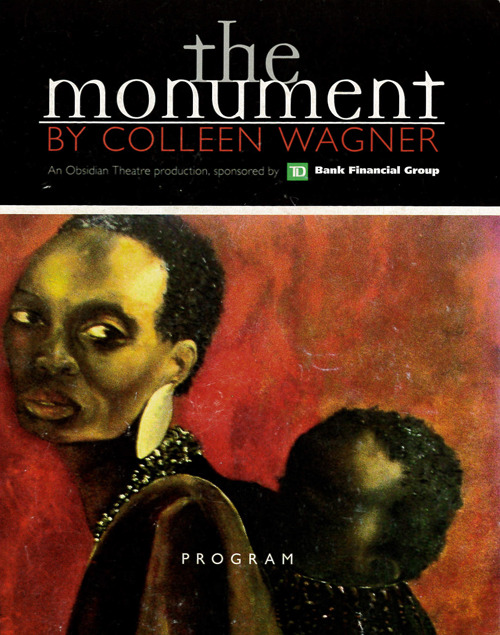 The Monument:  An unnamed country. A young soldier convicted of war crimes. A middle-aged woman who is both his saviour and tormentor. Colleen Wagner’s Governor General’s Award winning play is a brutal and timely testament to the passions of ordinary people in not so ordinary circumstances. In unflinching detail, The Monument dissects the roles of victim and perpetrator, leaving us with the question of how, and at what price, do we honour the victims of civil and ethnic strife. (obsidiantheatre.com)