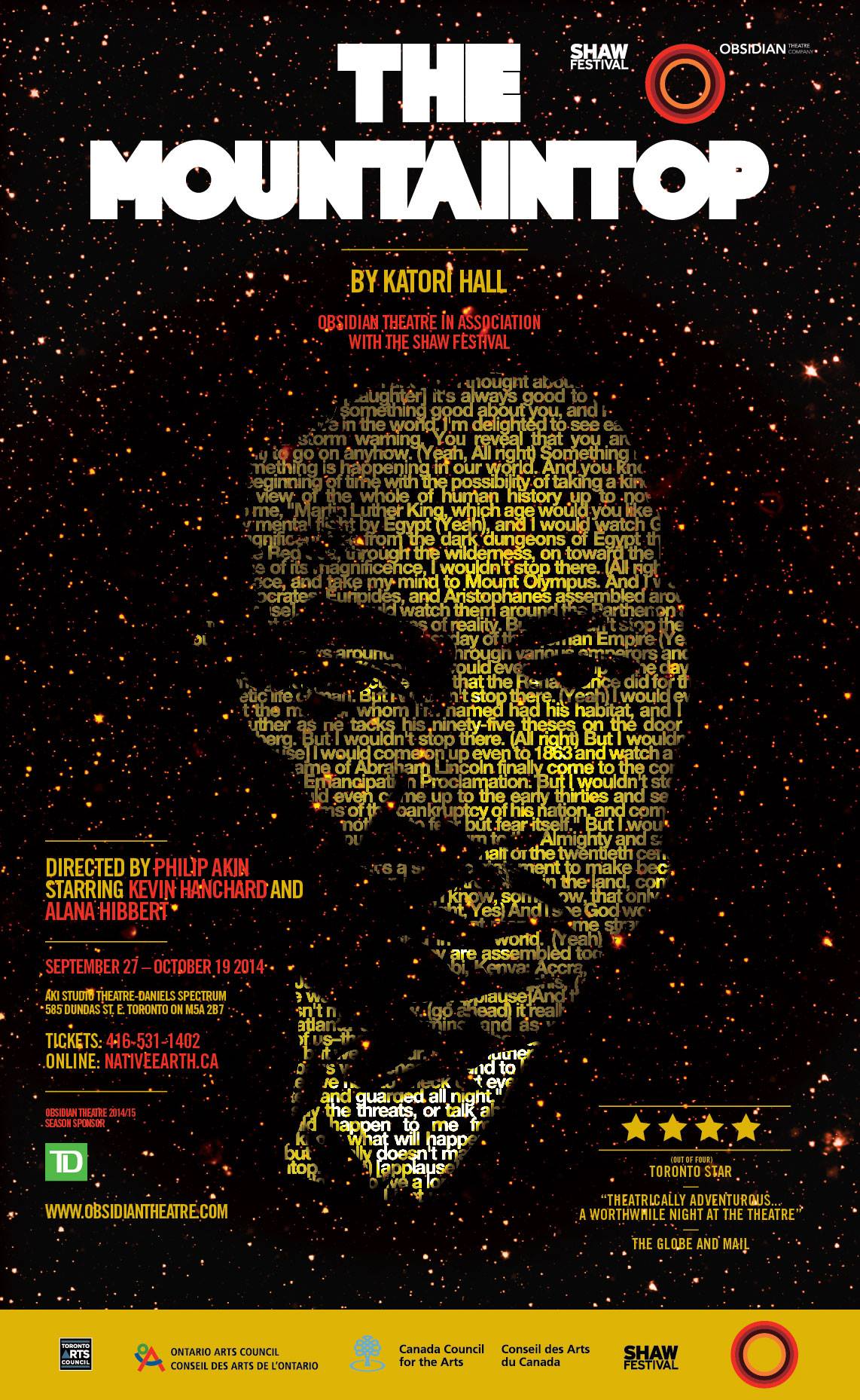 1968, a storm rages outside as Dr. Martin Luther King, Jr settles into his last night in the now iconic Room 306 at the Lorraine Motel. He is exhausted, having just delivered his powerful “I’ve Been to the Mountaintop” speech.  When room service arrives, he meets a beautiful and slightly mysterious young hotel maid. Through their intimate and ultimately transformative conversation, we hear the hopes and fears of King – both the leader and the man – as he is forced to confront his destiny and his legacy. (obsidiantheatre.com)