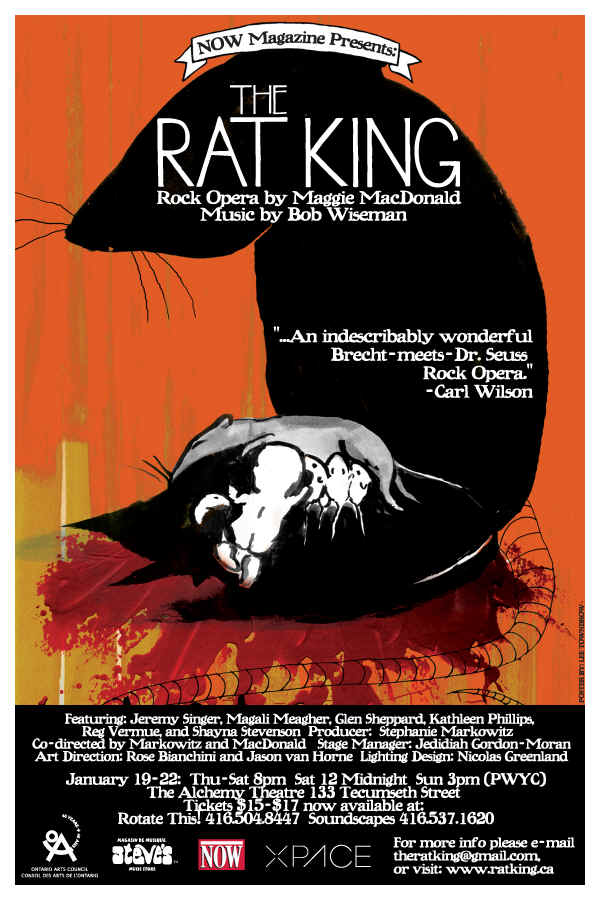 Rat Monarchs have appeared in nature and literature for centuries, in the form of fantasy princes, comic book heroes, and rare rings of live rats found in city bins, barnyard nests, and art galleries around the world. Our Rat King is a fantasy prince with no kingdom. (ratking.ca)