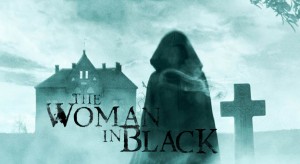 Based on the book by Susan Hill

Young Arthur Kipps, a junior solicitor, is ordered by his firm’s senior partner to travel up from London to attend her funeral and then sort out all her papers. His task is a lonely one, and at first Kipps is quite unaware of the tragic secrets which lie behind the house’s shuttered windows. He only has a terrible sense of unease.

And then, he glimpses a young woman with a wasted face, dressed all in black, at the back of the church during Mrs Drablow’s funeral, and later, in the graveyard to one side of Eel Marsh House. Who is she? Why is she there?    (ticketwise.ca)