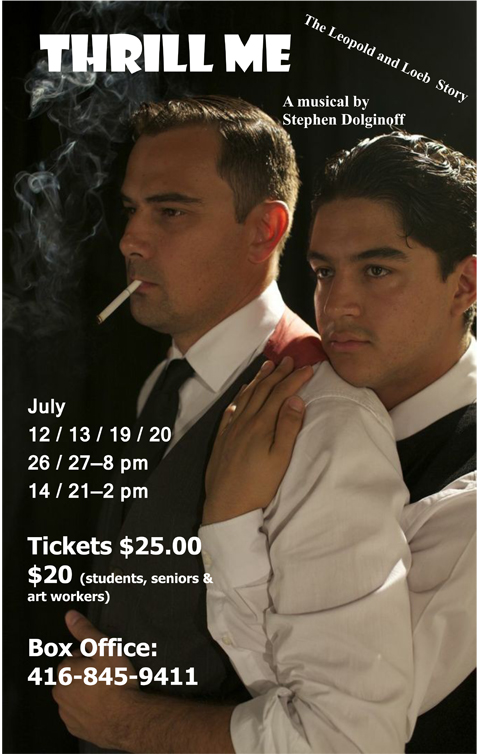 THRILL ME: THE LEOPOLD & LOEB STORY is a two-character musical drama that recounts the chilling true story of the legendary duo who committed one of the most infamous and heinous crimes of the twentieth century. Focusing on their obsessive relationship and utilizing Leopold’s 1958 parole hearing as a framework, THRILL ME reveals the series of events in 1924 Chicago that led about-to-be law students Leopold and Loeb to be forever remembered as “the thrill killers.” Nathan Leopold was passionate about Richard Loeb, who was passionate about crime and excitement. They created a secret agreement to satisfy each other’s needs. Soon Richard convinced Nathan that they embodied Nietzsche’s idea of the “Superman” and were above society. Then he drew him into his plan to lure a young boy to his death just to prove they could get away with it. But soon their perfect crime unraveled due to a careless mistake. (Show Facebook Event)