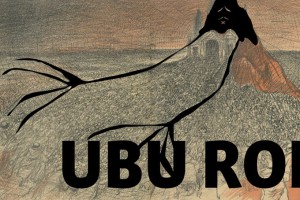 Famous for its 1896 debut that sparked a riot with a single word, Alfred Jarry’s masterpiece of Absurdist Theatre seems less absurd everyday. Mere and Pere Ubu’s unquenchable thirst for power leads to perpetual bloodshed as Magistrates are Disembrained, the Polish Army are led off to a fool’s war, and Pere Ubu tries to eat everything, and everyone, in sight. As much a badly written children’s play as a sophisticated indictment of the politics of power, often not very smart and yet painfully exact in its critique of “morality”, very funny if somewhat annoying, this new adaptation by Gideon Arthurs brings the ferocious energy of the original to the 21st Century stage.   (groundwaterproductions.ca)