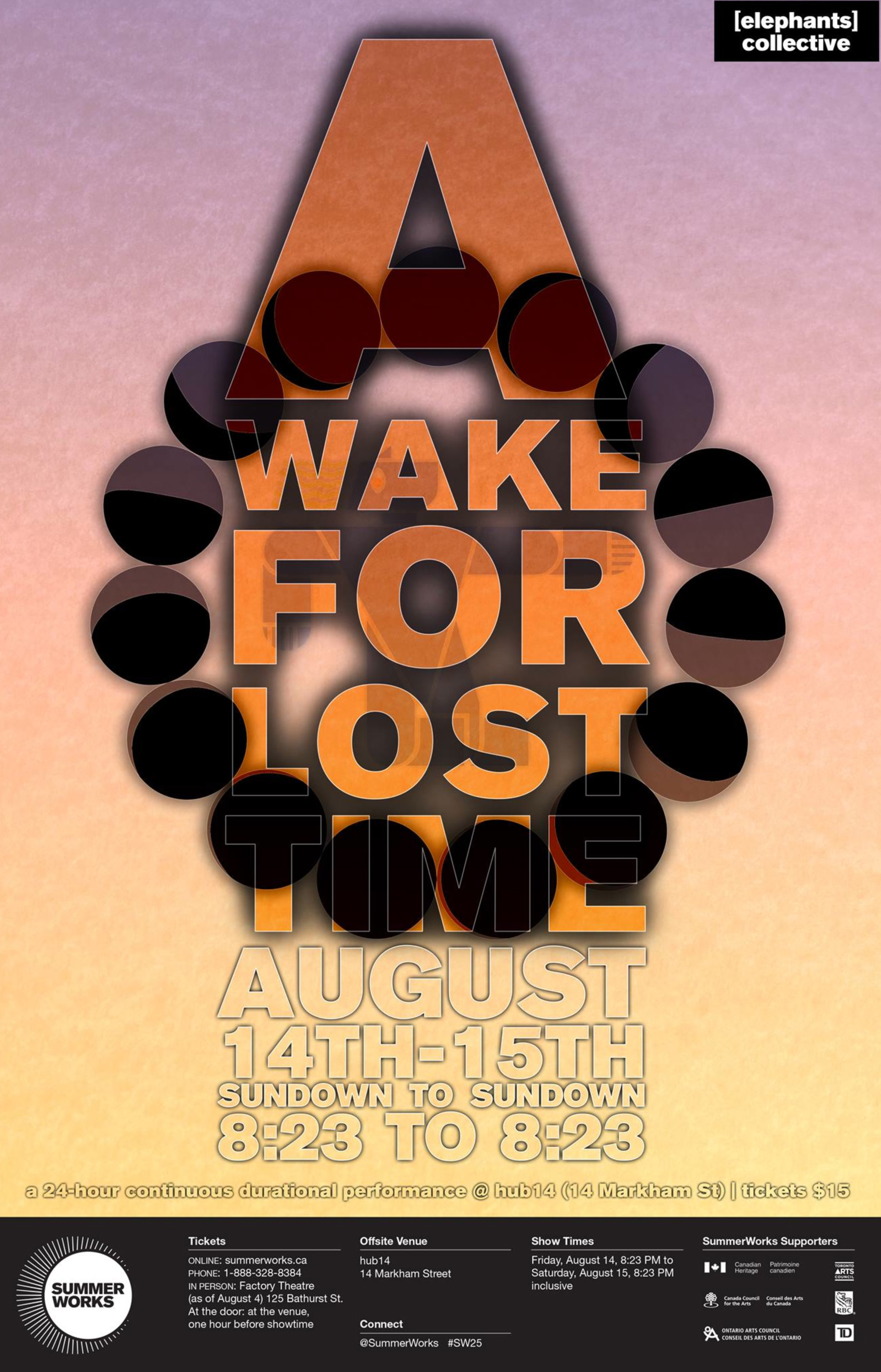 A Wake for Lost Time is a non-stop, 24 hour, immersive, interactive and interdisciplinary performance experiment that ritually explores how time passes through bodies. It is a chance to explore and meditate on, not only the loss of time, but on how we know time, and how we, as human beings, are continuously at its ever-evolving mercy (or are we?).
Built as a two and a half hour performance loop (repeated again and again over 24 hours), A Wake for Lost Time is a performance environment (somewhere between a really good church service, a football game and a really bad party) that envelops the participant (audience member) within a variety of modes of performance: dance, music, clowning, experimental theatre and ritual acts (often of memory, defiance and endurance). This performance loop, when viewed in isolation, tells one story, but when witnessed in its recurrence begins to speak to itself, evolving (or eroding) alongside the performers over the duration of the piece. When the performance loop can be looped no longer, the wake for lost time begins ….but what the wake is…well….in all sincerity, we don’t know until we get there. (summerworks.ca)