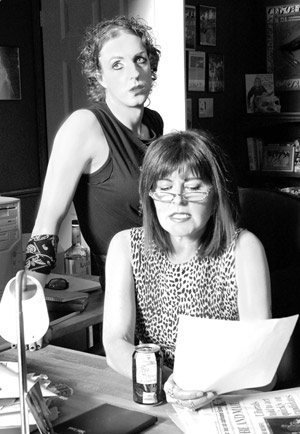 A woman novelist has written a memoir/novel about a transexual (m to f) under a pseudonym. It’s a secret. Suddenly the transexual heroine of the woman’s novels appears at her door, claiming her transexual life was appropriated for the woman’s art. (playwrightsguild.ca)