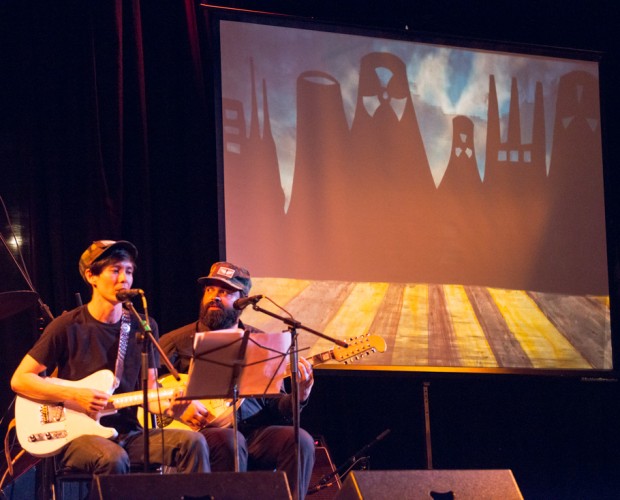 Songs by: Maggie Macdonald and the Bicycles

Young Drones is an explosive rock opera featuring live performance animation by Amy Siegel, and an original soundtrack performed by the Bicycles. Two predator drones patrol Alberta, their mission: “Protect the oil.” One drone sees a rabbit trying to cross a highway, and is struck by the creature’s helplessness. That feeling is the beginning of a moral intelligence… and love. With Young Drones, we propose that if humans created something more intelligent and stronger than our species, that creation would do better than our species. But to be moral beings, these star-crossed UAVs must defy their human makers. Boom! Kapow! ZAP! (summerworks.ca)