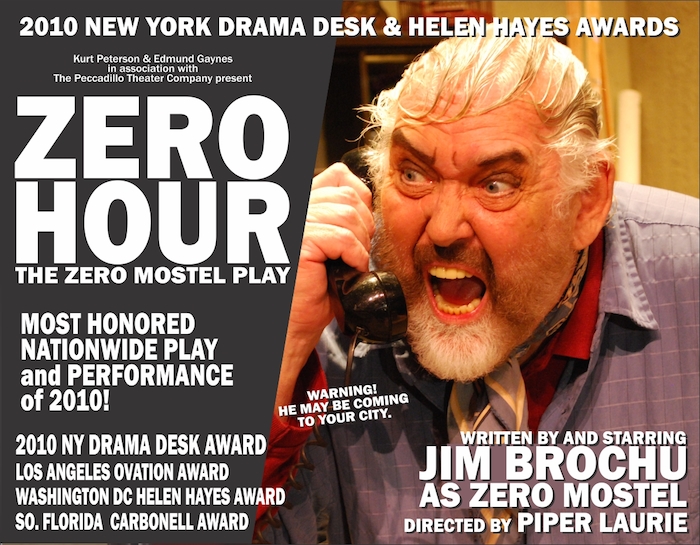 Jim Brochu brings Zero Mostel back to extraordinary life in Zero Hour. He re-creates the definitive backstory to this amazing performer’s appearances in such shows as Fiddler on the Roof, A Funny Thing Happened on the Way to the Forum, Mel Brooks’ The Producers (film) and many more. Brochu is both hilarious and poignant as he recounts Mostel’s big life – as a Broadway legend, a larger than life personality and the target of Hollywood blacklisting. (artword.net)