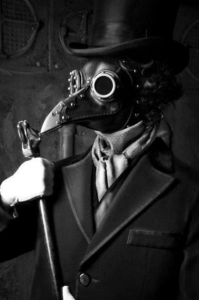 art & lies productions commits itself to heightened and stylized approaches to theatre creation. Inspired by early twentieth century artistic experimentation, including the Theatre of the Absurd and its canon of artists and scripts, art & lies productions thrives on the spectacle, precision and messaging inherent to those traditions.

The inspiration delves into the themes and philosophies of fear, love, meaning of life, value of the individual versus the group, and seeks out the fallibility in the human condition. The discoveries are stylized through heightened characters and stage design, in order to recognize a greater sense of community and humanity within the stories we explore on stage. The result is relevant, resonant and dynamic theatre productions, marked by their sharp physical turns, and profound emotional values. art & lies productions celebrates that which makes us thrive and falter, and thus, that which reveals the human condition, in the face of its implicit and social challenges and inspirations.